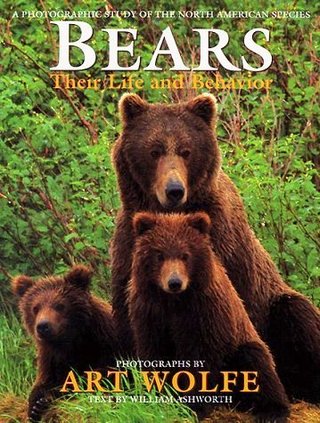 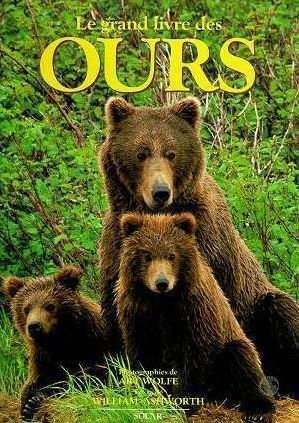 Bears: Their Life and Behavior

"What a wonderful book....every page glows with the magic of wildness as exemplified by the world's great bears." --David Petersen (author of On the Wild Edge: In Search of a Natural Life)

Bears are unique. Although they are the world's largest carnivores, their diet is primarily vegetarian. They combine immense physical power with one of the keenest intelligences in the animal kingdom. They refuse to knuckle under to any kind of human domination. That is why we are tremendously fascinated by bears and tremendously fearful of them.

Bears: Their Life and Behavior is a superb photographic study by Art Wolfe, one of the world's foremost nature photographers. He vividly portrays in their wilderness retreats and typical habitats all of the three North American bear species - brown (grizzly) bears, black bears, and polar bears - over 170 of his stunning photographs of bears in action: working and playing, food gathering, romping, fighting, and courting. There is an aw-inspiring close-up portrait of an Alaskan grizzly gaping at the camera. A brown bear catches salmon. A grizzly shows its speed chasing squirrels. Black bear cubs huddle against a tree. A polar bear feeds on kelp. A polar bear crosses an iced-over lagoon. Standing to full height on its hind legs, a polar bear checks out an intruder.

William Ashworth has written an enlightening text based on exhaustive research and a working life spent primarily in bear country. In an introductory chapter he explores the human fascination with bears and their highly distinctive anatomy and physiology. Then he covers in great detail the three specific North American bear species - where each one lives, their migration patterns, their summer and winter ranges, their habitat requirements, and the unpredictability of bear behavior and the reasons to be wary of them. Finally, he discusses bear management and conserevation.

This fantastically spectacular full-colr book will thrill every nature enthusiast and lover of the great outdoors.