OREGON BOOK AWARD for "The Left Hand of Eden: Meditations on Nature and Human Nature" (1999)

COLONIAL DAMES OF AMERICA CITATION "in recognition of a notable contribution to the documentation of life in the United States of America" for "The Late, Great Lakes: An Environmental History" (1987)

Welcome to my world. 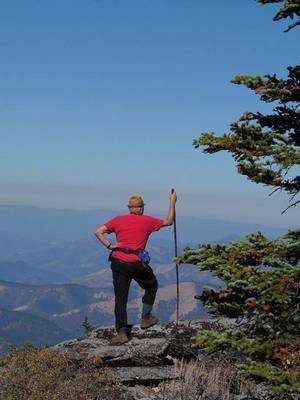 I AM AN ENVIRONMENTAL WRITER with a special interest in water issues. I am also poet, a photographer, and a composer of chamber music, choral music, art songs, and the occasional orchestral piece. This website will introduce you to some of the many aspects of my work.

As a writer, I have produced thirteen nationally-published books. Subjects covered in these works include the Great Lakes (two books), The Ogallala Aquifer, Hells Canyon, national clean water problems, pork-barrel politics, and wildlands protection. One book is an encyclopedia of environmental terms; two are coffee-table books on wildlife, written in conjunction with photographer Art Wolfe. One is a mountain-climbing memoir. Collectively, these books have won two state awards and one national award. There are also two self-published books, so far available only on Kindle and as Amazon Print-on Demand paperbacks: "Katie and Richard," a fantasy novel aimed at 9- to 12-year-olds, and "The Monterey List," an essay collection on the topic of planetary sustainability. I sold my first book in 1976, meaning that I have been at this game for more than 40 years.

I have been a composer even longer. Writing music was my first passion, and was my major both as an undergrad and as a graduate student. My music is regularly performed in my home region, and has placed four times in national and international contests. I particularly like working with mixed ensembles, often including voice and/or mallet percussion.

My poetry and photography are each less well known than my writing and music. However, one of my poems has received national exposure (through Poets Against the War, in the early 21st century) and my photos have been included in one book and exhibited locally in two one-man shows. I have been an environmental activist and have served in local government, and am a committed and active member of the Religious Society of Friends (Quakers). That last sentence may help explain some of the content of this site.

Welcome to my world. Please feel free to explore.

"William Ashworth is good, very good, at what he does - which is to describe environmental problems in general and those of natural waters in particular. His work is a graceful, carefully organized meld of library research, interview, and actual field time that embodies the best elements of each. I know of no current author who does better service to environmental writing. He works hard, and carefully, and it shows. He is thorough, accurate, and does not get bogged down in muddy detours. He probably makes a good many people mad as hell."

(Note: This site uses cookies. Data collected is used for analytical purposes only.)