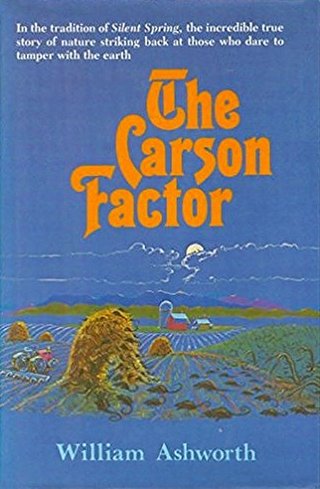 "Ashworth has an uncommon ability to cleverly combine historical and scientific facts with amusing anecdotes. The result is a book written in free-flowing style, which captures and holds the reader's interest and delivers a painless lesson in ecology at the same time." --Sara Polenick, Northwest Field Representative, Defenders of Wildlife

In the spring of 1947, the farmers of Klamath County, Oregon, began a widely publicized "war of extermination" against the coyote. The campaign, which was designed to eliminate predators from the area and thereby make it "safe for mankind," was well organized, heavily financed, and extremely successful. The farmers of Oregon were pleased; they had eliminated a source of danger from their county. What they did not realize was that they had also eliminated nature's greatest check on the rodent population. All the mice needed now was a mild winter (excellent for breeding) combined with a few more fateful errors on the part of mankind, and they could literally take over.

Then in 1957 it happened: Suddenly the mice were everywhere. Mice-breeding burrows appeared throughout the county, leaving thousands of acres looking as though they had been dive-bombed. Potato farmers dug up their crops and found the mice - now as many as 10,000 inhabiting a single acre - nesting inside. Haystacks weighing up to 150 tons disappeared overnight as terror gripped the residents of Klamath County. A massive poisoning program was initiated: It had little effect on the mice, but five thousand snow geese died.

And so it went, all through that long, disastrous winter.

According to William Ashworth, one of the most compelling and dramatic environmental writers today, it was not really the absence of the coyote that led to the mouse war but ignorance of what he terms the Carson Factor - Rachel Carson's plea, in Silent Spring, for universal "awareness that we are dealing with life."

"When we ignore it," Ashworth writes, "when we base our actions and our attitudes toward living things on the biological equivalent of the flat-earth theory, then our progress will be false, and the unforeseen results of it will continue to come back and haunt us."

The Carson Factor is more than the true-to-life story of the Klamath County mouse wars. It is a gripping tale of the consequences of humankind's tampering with the balance of nature. It is, in effect, the most effective plea for man-beast coexistence to date.